In this interview, we are joined by Graham Everitt – Copyright Infringement Specialist at Copyright Correct. Having worked in the management of stock libraries for over fifteen years, Graham dreamed of an idea to set up a company to help photographers and companies deal with copyright infringement issues.

Who is Graham Everitt and Copyright Correct? 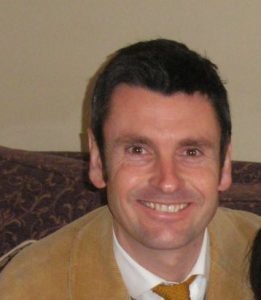 Having managed two specialist stock libraries for over fifteen years, I wanted to set up a company that could help both companies and photographers with the ‘minefield’ that is copyright and copyright infringement.

Copyright Correct was set up by me ten years ago with just myself working from rural Devon, having escaped London when our daughter was born.

It also means I have been able to work from a base at home so having that life-work balance we all seek!

How did you decide to get involved with copyright and law?

While managing stock libraries the age of electronic images came about. No more sending out transparencies to be used by clients.

Now all images were electronic files downloaded from a website or sent by the photographer as ready images to be used by the client.

While this brought many advantages and certainly revolutionised the industry the control of images was to a large extent removed.

Images could now be shared and seen by everyone, this also came with images being used without the authority of the owner of the copyright; whether that was the photographer or stock library who sold and licensed them.

More and more cases of the owner of the image seeing their pictures used without permission inevitably led to cases of copyright infringement and the potential for companies and individuals facing the potential of large fines for using images that had not been licensed from the copyright holder.

I wanted to set up Copyright Correct to educate the end-user and prevent these cases from happening by checking business websites ensuring the images were properly licensed for their use.

And also to help photographers prevent it from happening and dealing with it in a reasonable way when it does.

What are your primary responsibilities at Copyright Correct?

As the sole trader, I am afraid it is me that everyone deals with including coffee making!

The primary tasks are twofold.

To help companies by checking their websites and ensuring the images are copyright compliant; thus, removing the potential for large fines and even legal proceedings against them.

Most copyright infringements (not all) are not malicious and usually occur due to a lack of knowledge of what can and cannot be done with images.

We work with business from all sectors (it certainly isn’t an industry-specific issue), to remove images and contact the licence holder to ensure the images are properly licensed thus removing the financial and emotional heartache of a copyright infringement case.

Secondly, I find myself working with individual photographers more and more. Those photographers who specialise in architecture and property commissions do find themselves in difficult situations more than other sectors.

The client may be under the impression that the images they have commissioned are there to be shared.

A situation can often occur when a photographer then spots the images being used by companies not involved in the initial commission and again a potential for copyright infringement occurs.

The photographer isn’t the bad guy, they are simply trying to ensure the images they ‘own’ are paid for.

What part of the photography community is aware how of copyright laws?

I would say most are at least aware of it and are becoming more aware of it.

Mainly because I am sad to say copyright infringement happens so often. The issue is most photographers simply want to be shooting not dealing with it.

The architectural photography community certainly is aware of it as I mention above. They do seem to have more than their fair share of issues, that’s where I come in I guess.

What is the case with a photo shown within a video?

Exactly the same, it doesn’t matter how it is used, but where.

Promotional or commercial video must have the same clearance for a photo as any other.

What are the three most common mistakes photographers make in terms of protecting their work?

The most favourite project so far?

I do very much enjoy working with individual photographers from the architectural sector. I recently wrote a contract document specific to property photography.

This was written to protect the photographer but also to educate the client. There is no legal jargon, just a straightforward set of terms and conditions that help the client understand what they can and cannot do.

What has been nice is the feedback has been really positive as it helps stop the infringement occurring in the first place, and all are happy!

Tell us about the most complicated case you have dealt with?

Without naming names, one architectural practice shared several images with a contractor who had worked on a particular project. The photographer contacted Copyright Correct to resolve the issue and seek payment for the use of the images.

The complications arise when the company using the images calls the practice and rightly says, ‘you said we could use them’.

In this situation, nobody wins; the photographer often seems like they are causing issues, the client gets upset with them, and the company using the images having asked if it was okay can end up with a bill they were not expecting.

All was resolved, and I think the experience and a low-key approach can work wonders.

It can be hard to navigate a way through this – hence why the contract above was written!

What are the must-do steps when someone is filing a copyright lawsuit?

At Copyright Correct, we are there to avoid this from happening. I am not a lawyer, but I do have plenty of experience when say, some film or footage is used without permission.

Firstly, try and avoid it. If an amicable solution can be reached, then aim for that. Most people (including photographers are reasonable people) and only want settlement for the use of the image.

An amicable settlement fee often works, which is a reduced fee for quick and easy settlement.

If this cannot be reached, then the case will often be heard in The Intellectual Property Enterprise Court (IPEC).

However, most cases can be resolved. The tricky ones are when the company using the image believes they are using it with permission when often they are not!

What is considered "fair use"?

‘Fair use is the right to use a copyrighted work under certain conditions without permission of the copyright owner. The doctrine helps prevent a rigid application of copyright law that would stifle the very creativity the law is designed to foster.’

The grey area (and there is one) comes in what anyone considers fair use to be. Is that fair use if you use an image without paying for it to ‘educate’ but it is part of a promotional campaign or used on a commercial website?

More than likely not.

So, rule of thumb, if you do not know where an image has come from, who owns it or if you do or do not have a licence, put do not use it.

Find out who owns the image/footage and contact them; if you can’t trace them, don’t use it.

It saves a lot of trouble, believe me.

Does copyright protect the look and feel of a photo?

Certainly not. Copyright is created when the image is created and does not change with context or type of use.

Do we need permission to do street photography?

This is a tricky area for some.

To the letter of the law if a property or person is highlighted in a shoot and recognisable then a property or model release should be asked for and signed.

However, in the real world where a generic street scene is filmed with the usual passers-by gaining releases would be difficult if not impossible.

If the scene is not used in a derogatory way, then common sense should prevail and no release needed.

Does the recreation of a photo in 3D considered copyright?

Any original work, footage, stills, 3D render is protected from the date it is created automatically by copyright law. That work does not need to be registered as such, copyright in the UK is created at the ‘birth’ of the work.

On what projects do you work on at the moment?

Mainly with individual photographers with the contract for commissioned work and their infringement cases. Plus, a Japanese language school believe it or not checking their website for images and ensuring they are not committing copyright infringement.

Also, it has been nice to work with some small architecture practices checking their websites too; just finished a couple.

How did you find your first client?

To be honest, it happened organically, which was lovely.

Once the website was live, I found a real niche and companies that did indeed require help with this.

Nobody wants to be sipping their coffee Monday morning and opening their emails to receive a copyright infringement letter.

Architectural photographers are also really nice to work with.

Once the word about the contract I had written and my experience of dealing with copyright infringement cases in a low key approach avoiding the need for potential legal action got around, I developed a really nice relationship with them.

Most become friends as I offer free ongoing advice once a contract has been purchased.

What do you love doing and what not?

I have to say because of the person I am, I don’t enjoy contacting clients such as photographers to suggest they purchase a contract or an architectural practice to advise I check their website for infringements.

I hate feeling like I am being pushy, but then again, I am not offering double glazing; it is a valuable service!

I enjoy working with them once the relationship has been built and am lucky in that most clients contact me first.

If you were to advise your younger self, what would be?

Don’t worry about your skinny legs.

I hope the interview has been useful.

Copyright Correct was created as a genuine attempt to help people.

Receiving a letter for copyright infringement is not enjoyable and can ruin a day. It is emotionally stressful (as well as financially) and can be avoided.

Education is the key for the end-user and the photographer. Having a good contract in place (you know where to find me) and ensuring the images you use in your business are licensed can solve these issues.

The photographer shoots images for a living and has the right to credit and fair payment for their work.

I probably have left the impression that these issues always happen. They don’t, but they can, and if I can help, then well that makes me happy.

If any photographers wish to contact Graham about his contract please do, also if any architects feel a web check is useful please also get in touch.