Project all about a house conversion of Mid-Century to a contemporary hyper-luxury home for a family of five.

The property received a complete interior design and reconstruction first virtually and later physically. In little over 3 months, it went from Mid-Century house with typical architectural details for that period to a modern contemporary style with preserved references to the past, along with some external amenities (incl. front and back gardens).

TALLBOX’s team helped with 3D Interior Design support starting with the 3D interior design concept, via three client presentations with many revisions and alterations of the initial idea. 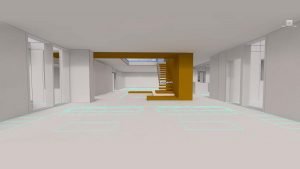 At that stage, we started putting all 2D drawings into work. The structure of the building was modelled down to the smaller details (the professional interior survey was provided). Windows of the property were one of the things to be preserved, so made their 3D copy as the real models with all details dated from 1970 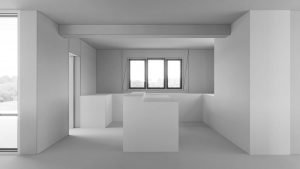 At that stage, every room and part of the design has its 3d shape and furniture. No colour only 3D shapes with grey colour and physically correct lighting. It's proven that at that stage, the end client realises what the project looks like and has the option to request for layout changes before affecting the general timeline.

After a round of amendments to the internal layout, it's time to apply some colour, textures, materials and even more realistic lighting. During the 3D Interior Design Visuals development, no substantial amendments should be made. Although, often in many project amendments are requests and this one wasn't an exemption. 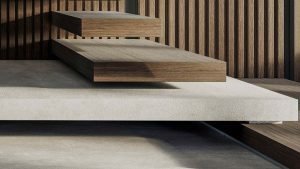 Most exciting part of any project is the end stage, with high-quality 3D visuals. With this project, we went further to provide quality interior visuals by capturing the fibres of the wooden veneers. Several travels were made by our team to different vendors and locations to photograph the materials for the project.
Week one
Week two
Week three to six
Week seven to twelve 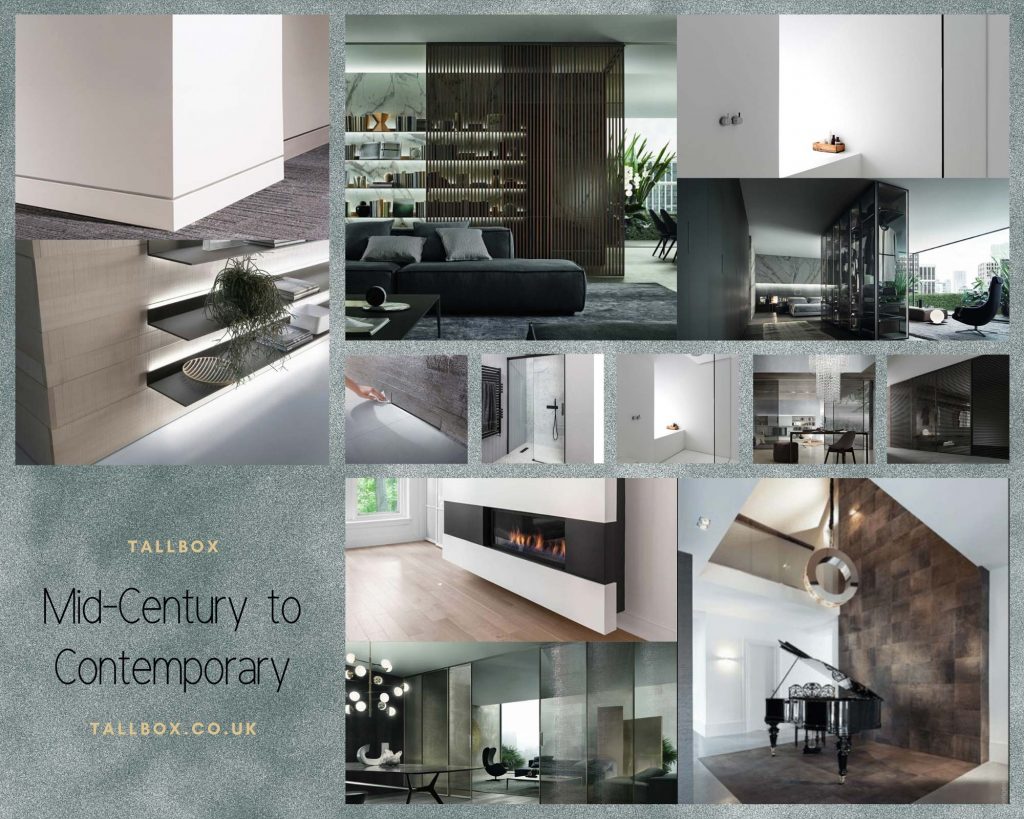 Each Interior Visualization project with TALLBOX goes under a specific workflow designed to ensure quality, precision and to meet deadlines. (it can be found here)

The property was planned to undergo a full interior refurbishment, and this is where TALLBOX had to add value to the project. Concept Interior Visualization is the moment when the entire 3D environment of all spaces are build which provides unlimited flexibility for the client to explore and request different options. Due to the nature of the mid-century interior design, we had to plan carefully and execute all details up-to the level they existed for many years.

At that stage, we already had a clear idea of where the project was going. The internal layout has been approved by clients thanks to the previous Concept Interior Visualization stage and some extensive research into the postwar period of the British capital.

The Interior Design CGI is a step where the project goes into detail, and mood boards become a reality. The animated gifs above are showing how multiple rounds of revisions done to the atrium of the house and color scheme in general. The animated gifs below are showing numerous shots of reviews again, this time in the master bedroom (on the left) and hand-written amendments (on the right).

One of the most prominent features to mid-century modern house plans is being open plan with seamless indoor/outdoor flow, large windows from floor to ceiling, with minimal repetitive details. Despite the idea of preserving the “soul” of mid-century modern architecture, some of the rules couldn’t be used.
Following the rounds of revisions necessary for the client to make the decisions and after a nearly 100 draft interior visualization images in two months, we moved to a phase with high-quality renderings at 5000 pix. Resolution.

The master bedroom design has undergone a dramatic shift without much changes to the layout. The size of the space is double from what you’d typically expect. One of the specific ideas was the closet area to remain as a part of the open-plan notion of the room, and the only enclosed area to be the toilet/shower zone included to the circulation of the space. 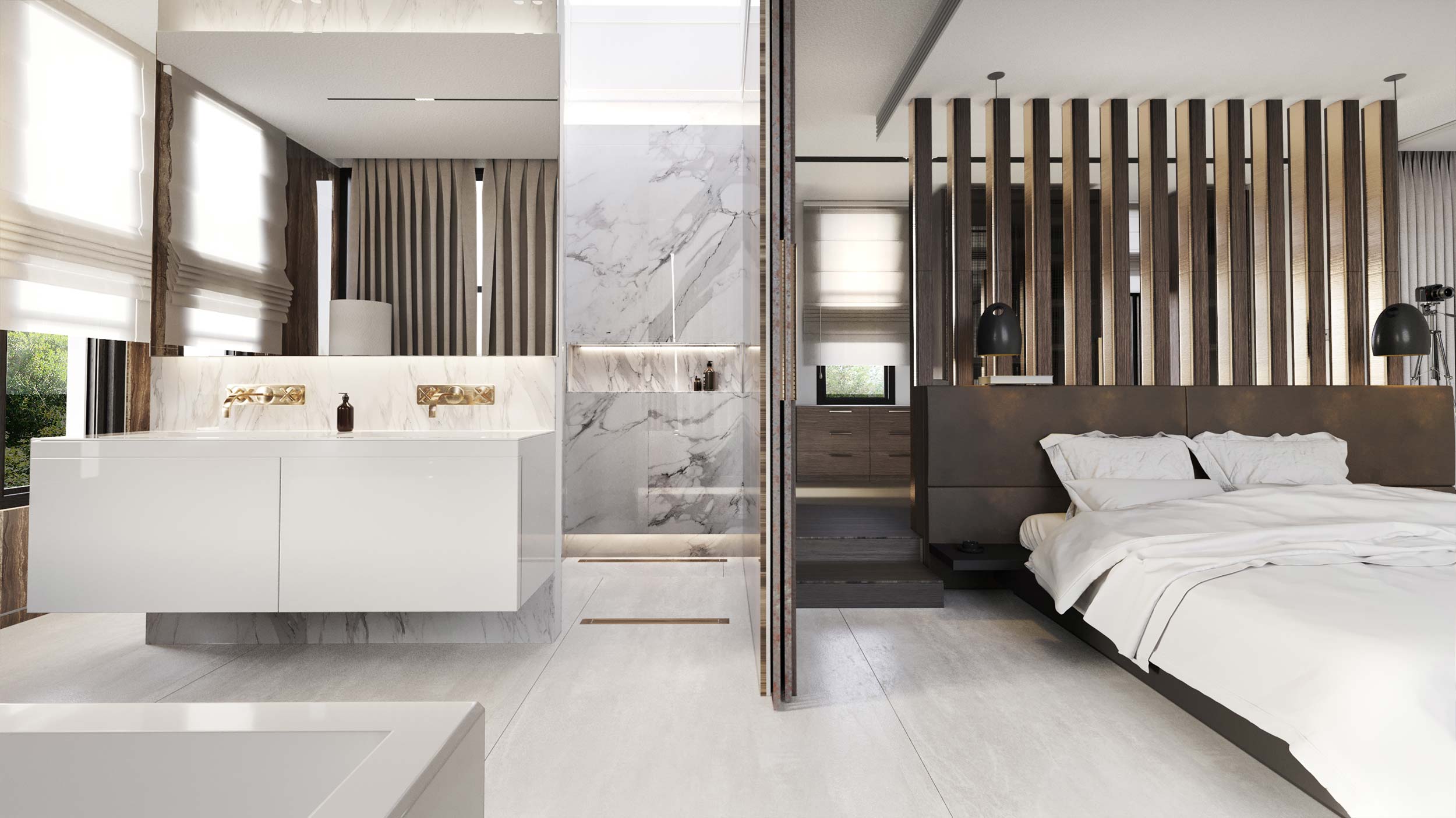 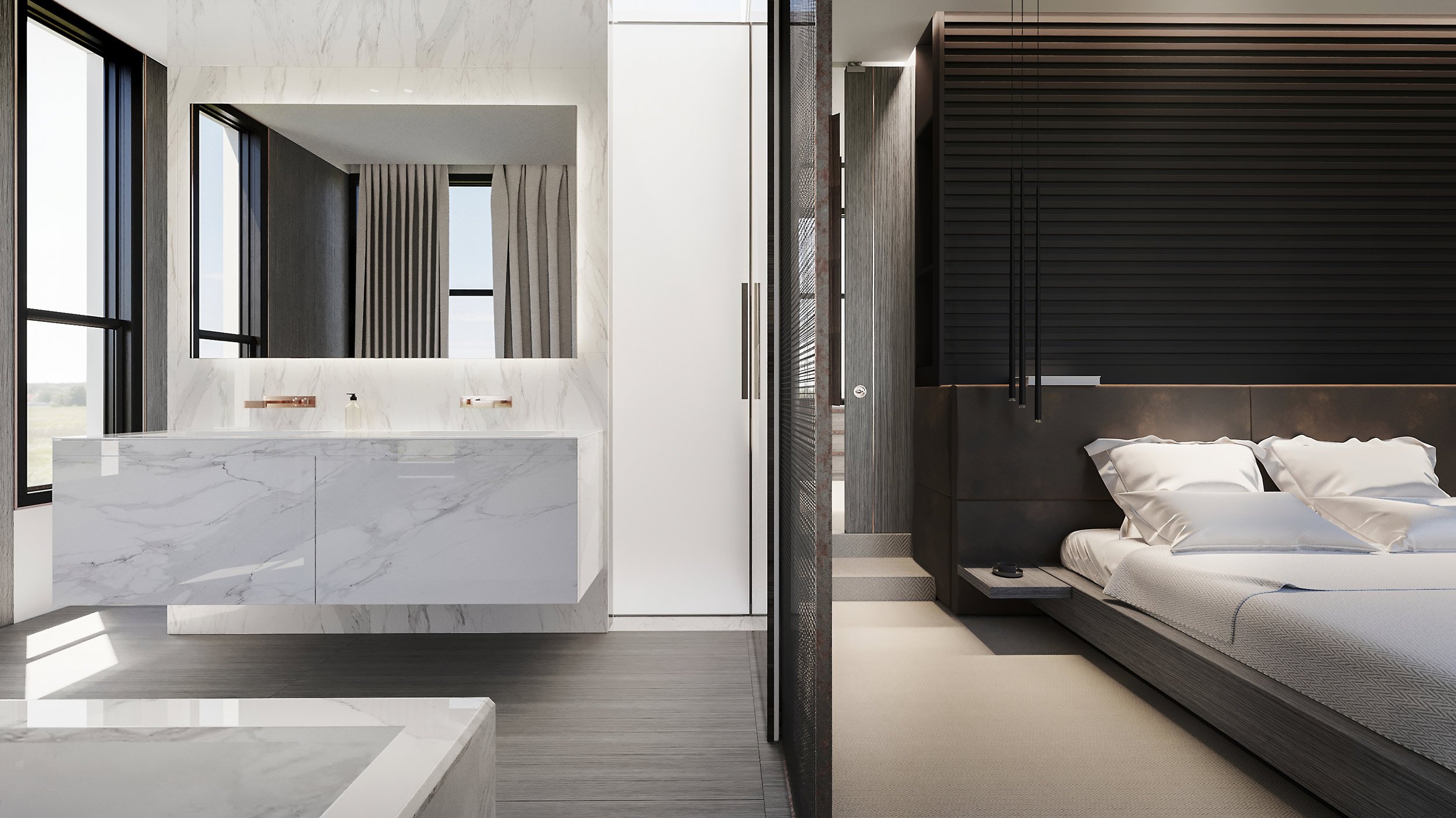 Another exciting part of the project was designing of the three children rooms located on the first floor of the property. Each child room is en-suite. For budget optimisation purposes most of the features are matching across the three bathrooms with minor variations to the details, which was typical for mid-century modern homes. In a total of three interior design concepts were made, and you can see below the transition from the first design concept and the last. 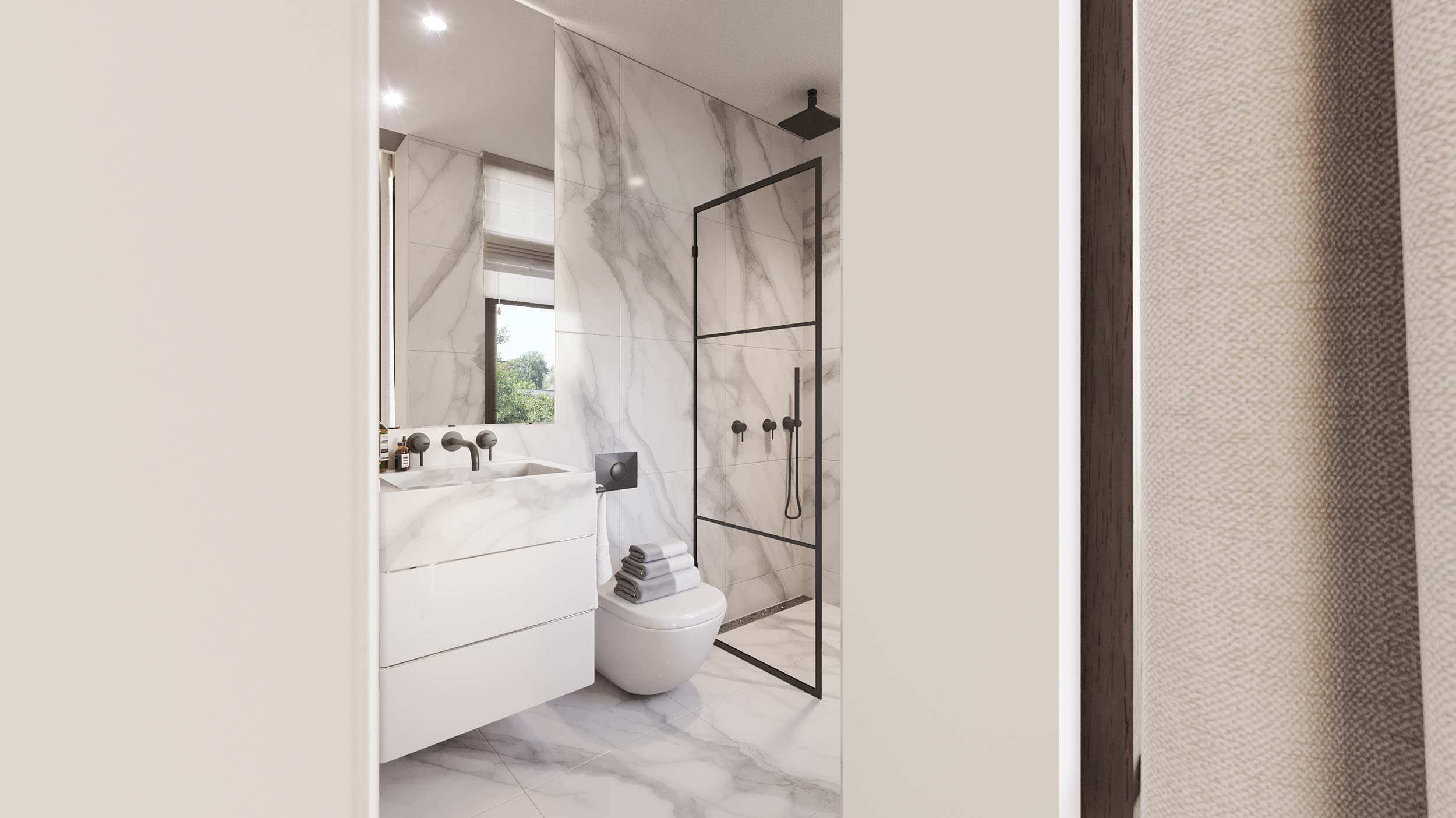 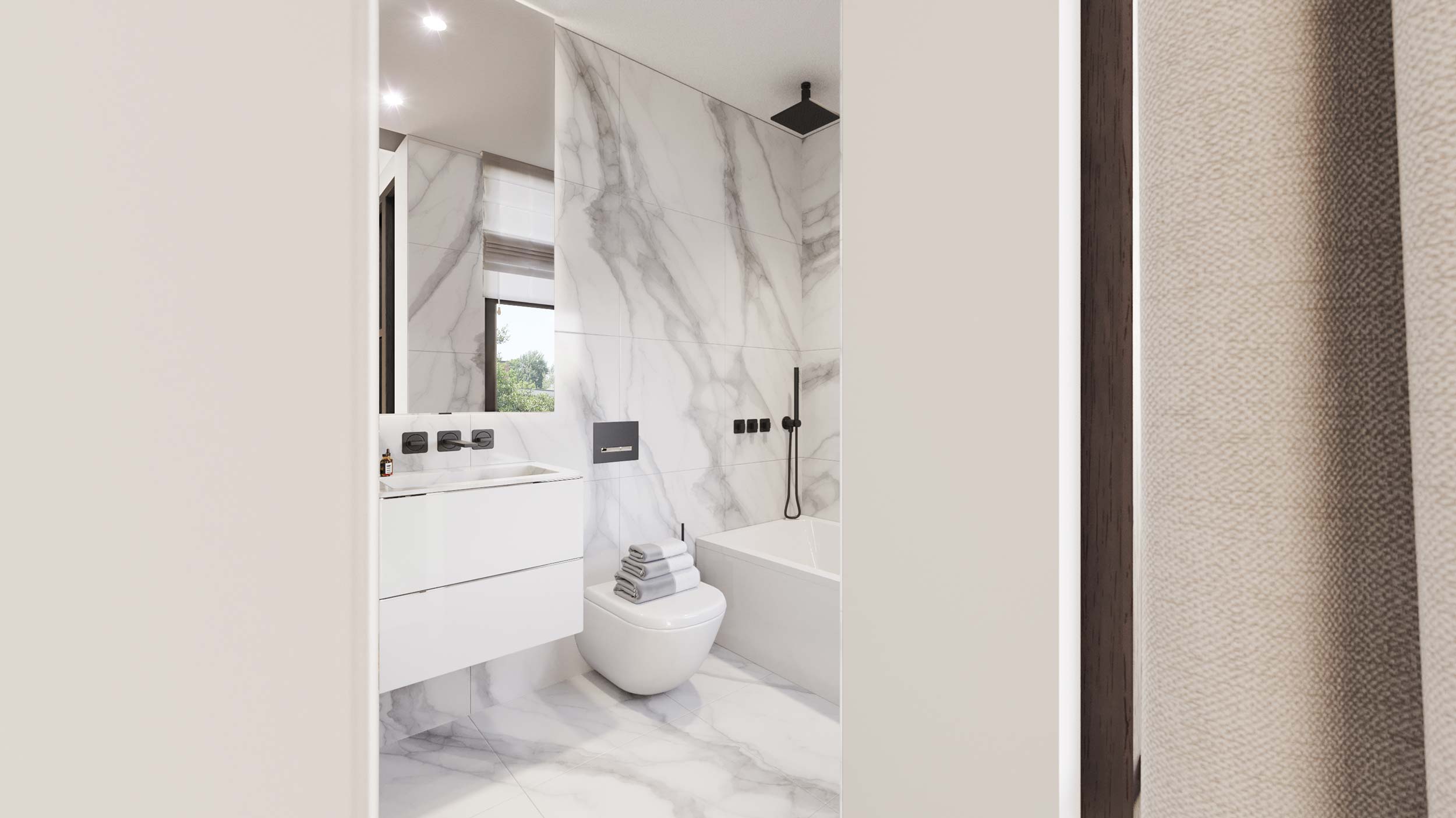 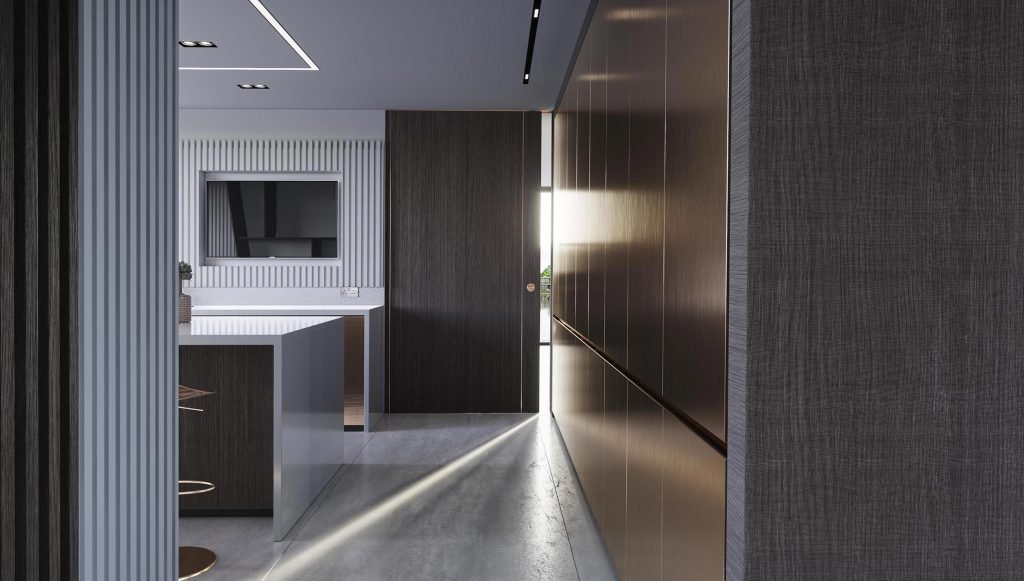 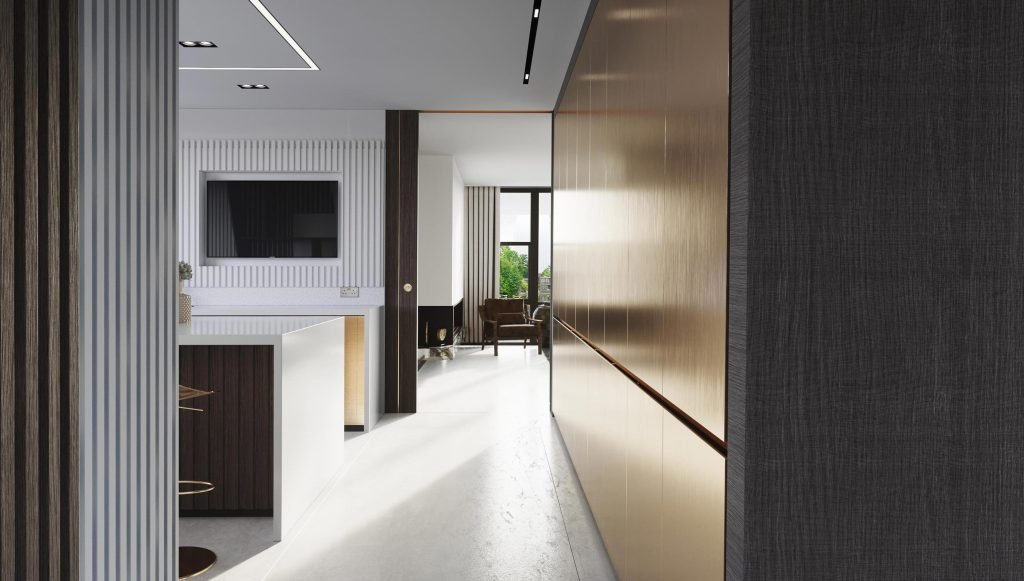 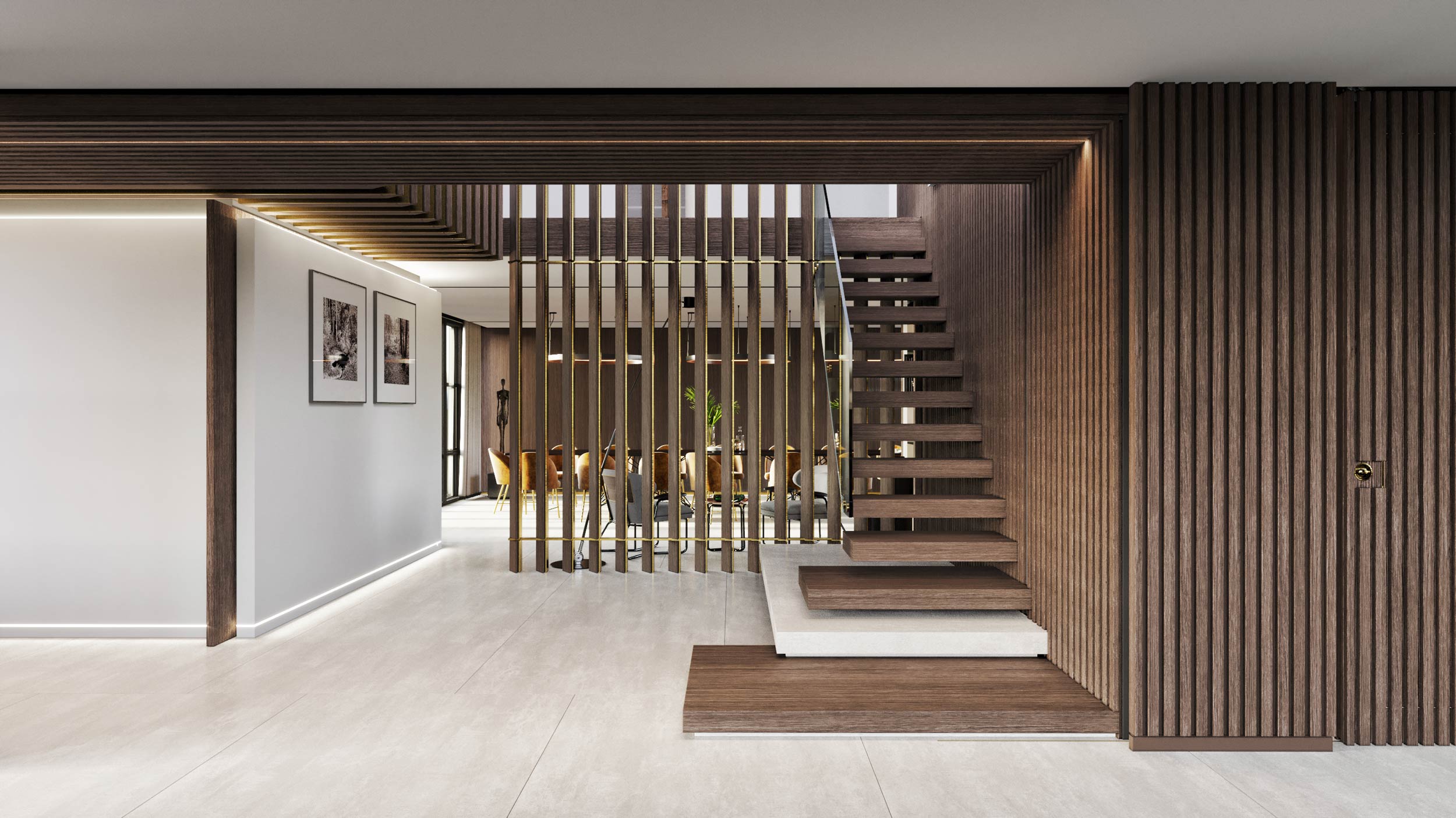 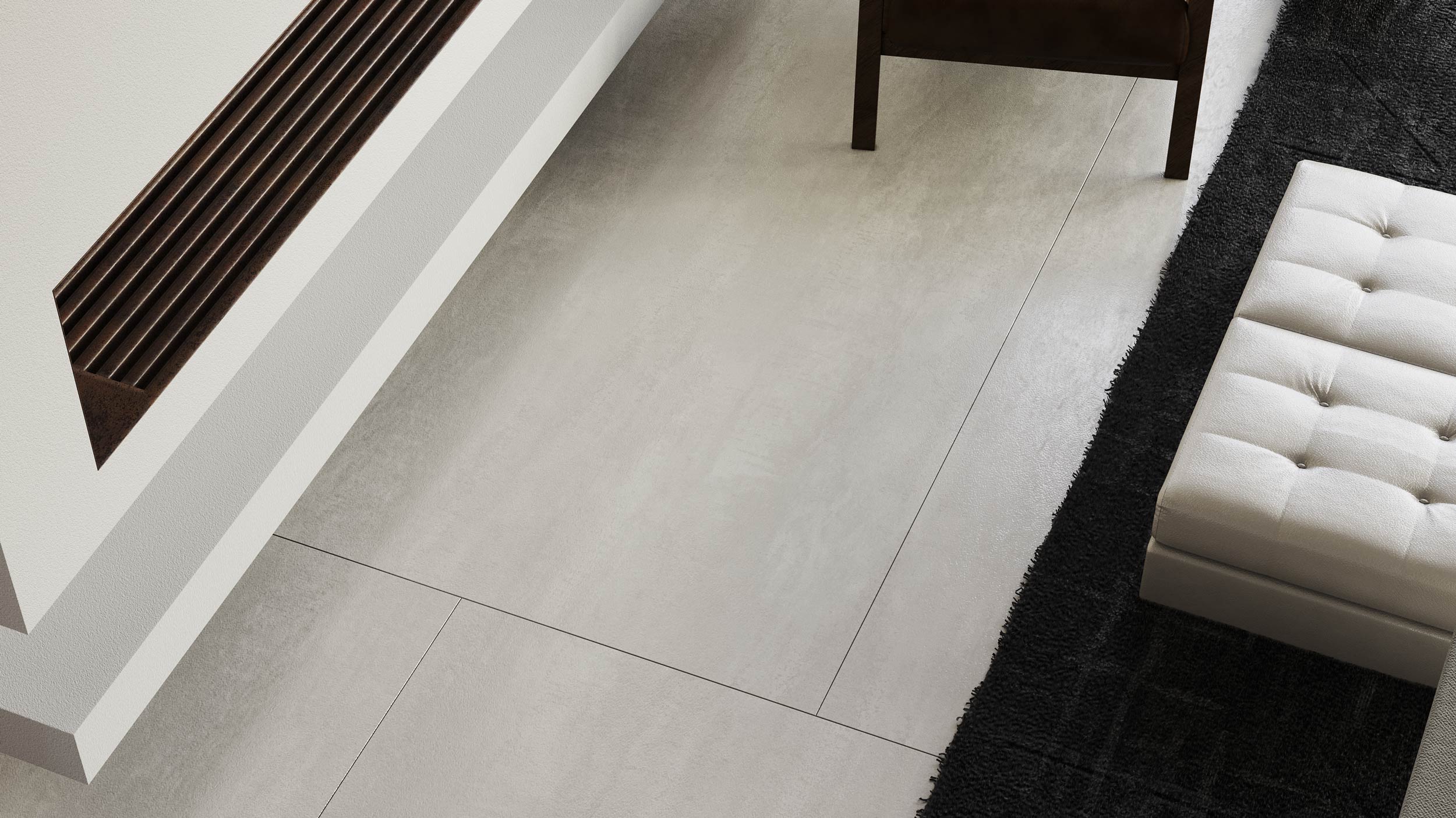