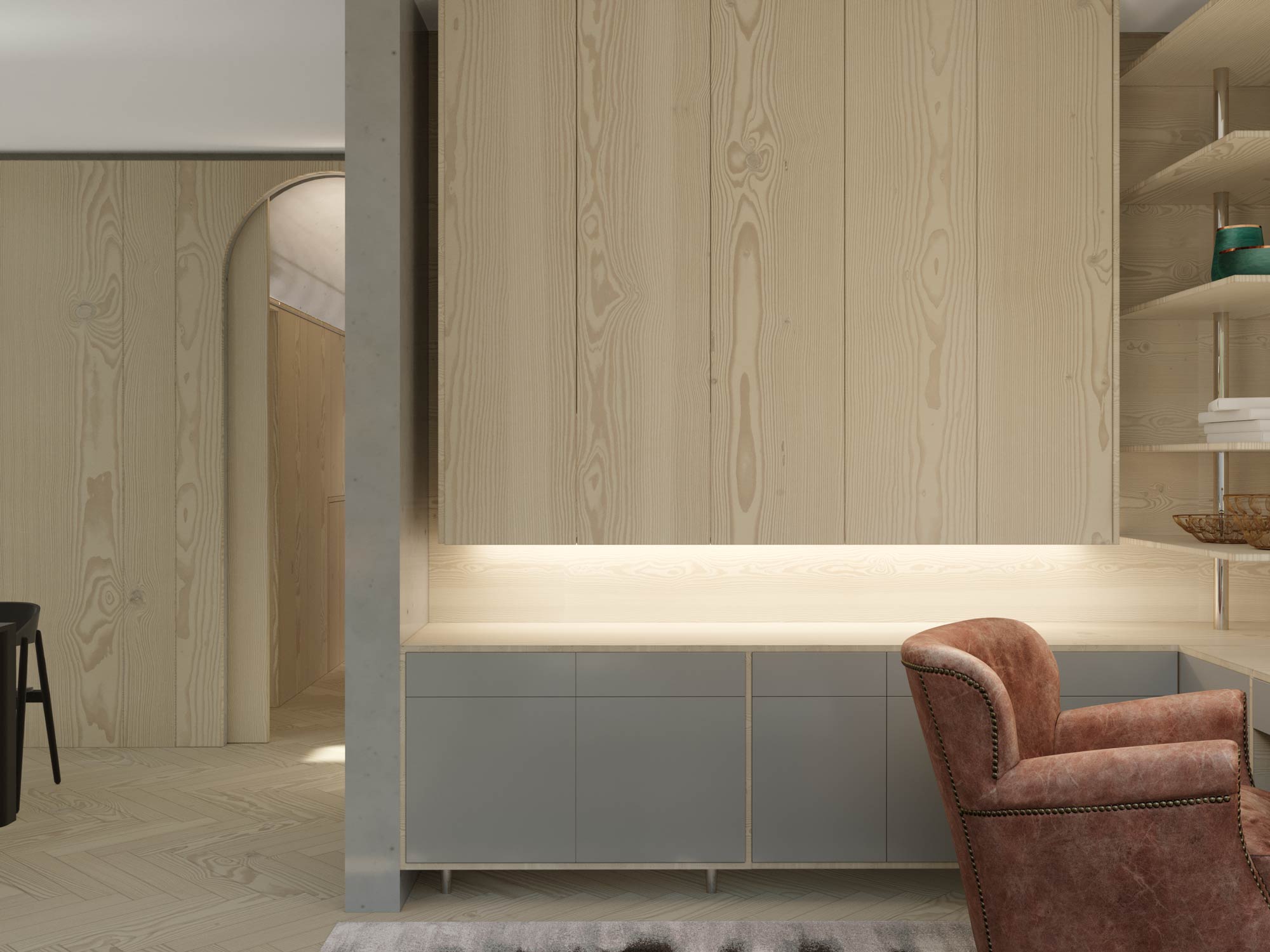 The first model cottages were built in 1853 by the Labourers’ Friendly Society, which may have been associated with the Metropolitan Associations for Improving the Dwellings of the Poor (1842). The east side was the first to be built. By 1862 ownership was in the hands of Major Penrhyn.

Model Cottages is a charming backwater of quaint mid-19th-century two-story villas set back
from an informal, almost rural path, with large well-tended front gardens. In contrast, the north’s streets contain some imposing Victorian terraces of 3 and 4 stories in stucco or stock brick.

The project brief aimed at remodeling and renovation of the 19th- century villas to a contemporary almost minimalist cottage home for a family with an sunken and enclosed open garden.